Julie-Ann’s son
should be alive

Julie-Ann’s son should be alive

Dave was a veteran who asked for help and didn't get it.

In his darkest moment, he reached out to his department. To save his life. They told him to try again in six months. And now he’s gone.

Dave's story isn't unique. We’re losing a veteran every week, and this is just the ones we know of.

I want every Australian to see this video. Because it’s one thing to try and explain this issue to someone, but when they watch this, they get it straight away. This is how we cut to the core of the issue. It’s how we get a Royal Commission.

We’ve had 17 reviews in the last 17 years. And every one of them has said the same thing. There’s something broken at the heart of how we treat our veterans. It starts when they’re serving, and it carries on long after their service is over. It’s a shadow that hangs over every enlistment and it doesn’t ever, ever let go.

Our veterans served us. Now they need us to serve them.

people
have joined me in the fight for
a Royal Commission into
Veterans Suicide.

Bureaucracy
is killing our kids

He has a terminal brain injury, as a result of his service. Now he's paying out of pocket for his treatment. He feels like a burden on his family.

His wife is afraid to go to sleep in case something happens to him. Brad needs full-time care — from a professional. Laura isn't a professional. She's a conscript. And she's on her own.

Brad and Laura want a Royal Commission into the system that is killing them.

Jesse Bird was killed by his own government.

He was wounded by war, but broken by bureaucracy. He warned the Department of Veterans Affairs he was close to becoming a suicide statistic. They did nothing.

Jesse fought a system built to protect him. He’d want us to keep fighting.

Bureaucracy
is killing
our kids

He has a terminal brain injury, as a result of his service. Now he's paying out of pocket for his treatment. He feels like a burden on his family.

His wife is afraid to go to sleep in case something happens to him. Brad need full-time care — from a professional. Laura isn't a professional. She's a conscript. And she's on her own.

Brad and Laura want a Royal Commission into the system that is killing them.

Jesse Bird was killed by his own government.

He was wounded by war, but broken by bureaucracy. He warned the Department of Veterans Affairs he was close to becoming a suicide statistic. They did nothing.

Jesse fought a system built to protect him. He’d want us to keep fighting.

We need a full
Royal Commission

Nothing less than a Royal Commission can save a life a week.

When what we need is a full Royal Commission, all we’re getting is a government-picked Commissioner.

It’s a PR exercise that won’t save a single life. In fact, it could make things worse.

The Royal Commission into Institutional Responses to Child Sexual Abuse established the National Redress Scheme. Approximately 60,000 survivors of child sexual abuse are eligible for support as a result.

The banking Royal Commission secured over $10 billion in customer remediation from the banks.

People have high expectations for Royal Commissions. That’s part of their value. Because we’ve got high expectations, we expect their recommendations to be taken up. And governments face unrivalled pressure to act. The fact that sometimes, they don’t achieve everything we hope they will, just shows how much faith we place in Royal Commissions to get the job done. And there’s a reason we have that level of faith.

The government is already planning to spend $40 million on the National Commissioner into Defence and Veteran Suicide Prevention, not including any other money that is spent on the problem itself. They’re planning to spend that money, year in, year out.

A Royal Commission is more expensive -- typically, around $100 million -- but it doesn’t last forever. You pay it once then you focus on how to put its recommendations into action. So within three years, we’ll have spent more on the Prime Minister’s never-ending commissioner than we would have spent on a Royal Commission, but we won’t have a final list of recommendations.

If you want to save money, spend it once wisely instead of wasting it forever.

We have plenty of suggestions on how to make things better, that’s true. But all we get on how those suggestions are being turned in to solutions are talking points coming from the heart of the problem itself.

There are so many stories of people experiencing their own level of trauma at the hands of the ADF and DVA, and the only way they get access to any help is if the very organisations causing the pain decide to cooperate.

What’s required is the ability to turn over every record under every rock.

What’s more, a Royal Commission can do what every weaker alternative can’t do: bring everybody involved in this catastrophe to the same table. BEcause it’s not just DVA, like the Productivity Commission report went into. It’s not even just veterans, like the Senate Foreign Affairs & Trade References Committee report went into. It’s veterans, it’s ADF, it’s the RSLs, it’s the advocates, it’s the Ministers, it’s the bureaucracy, it’s the treating psychiatrists and it’s the culture itself that binds it all together.

Every suicide is a tragedy, whenever it occurs. But different groups are committing suicide for different reasons. And veterans are killing themselves in greater numbers than the overall population. What’s stranger is that veterans cannot enter the ADF unless they pass a mental health check first. People who are mentally and physically fitter than the average general population when they go in are dying by their own hand higher than the general population. There’s something going on that we can’t account for, and it’s unique to the defence community. Every suicide deserves to be investigated but when every suicide comes back to the same core reasons, you’ve got to start doing something about the core.

Firstly, the goal of any inquiry into how to prevent suicide by veterans and serving ADF personnel is to prevent there being any ‘new wounds’. For those who would be traumatised by such an inquiry, they would of course not be compelled to give evidence. Royal Commissions are often emotional for those contributing their stories. It’s not a reason not to hold one.

Here’s an example. The Royal Commission into Aged Care or the treatment of people with disabilities are both revisiting deeply painful traumas, but it is not done gratuitously. It is done for a purpose of inviting people to share their experience, so that we can tie those experiences together where there are common causes and find ways to make sure nobody else experiences it again.

That’s what this comes down to. No parent who’s experienced the suicide of their child wants another parent to know what that feels like. But if we don’t hear their stories, we don’t learn their lessons.

Don’t be fooled. While the Prime Minister has said what he’s announced is ‘bigger and better’ than a Royal Commission, there are clear differences that show it’s a watered down bargain bin solution being marked up as the real deal.

Firstly, Australia can walk and chew gum at the same time. I don’t want to look another grieving parent in the eye and have to say, ‘we could have done more to prevent this, but we had bigger things to worry about.’

And I’m not the only one.

And that’s what I don’t understand.

If you think the four deaths that occurred during the Rudd Government’s ‘Pink Batts’ home insulation program was enough to warrant a Royal Commission - and the Liberal Party does think that, because they called it - you’ve got to tell me why four veterans deaths a month isn’t worth the same treatment.

If you think allegations of corruption in the trade union movement was enough to warrant a Royal Commission - and the Liberal Party does think that, because they called it - you’re got to explain to me why it’s not worth a Royal Commission into why the homeless rate for veterans is double the national average.

If you think the suffering and abuse of children and young teenagers at the Don Dale Detention Centre is worth a Royal Commission - and the Liberal Party does, because they called one - ask yourself what we should do about the fact that one in ten veterans will plan their own death.

We need a Royal Commission!

This form will send an email straight to your state or territory's Federal Members of Parliament and Senators.

The PM wants to rush through his cut-rate coroner

Then he’ll say, ‘job done’, and sweep veterans under the rug forever.

The only way we’ll get a Royal Commission is if every Aussie hears what's at stake if we get this wrong. So that’s what we’re going to do.

Can you chip in to make that happen?

people
have donated so far.

Saturate social media with these stories 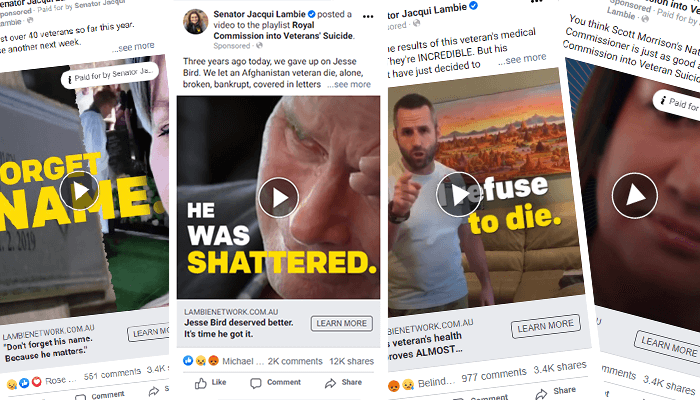 Saturate social media
with these stories

We've set a target to reach 1 million voters by December. We're targeting crucial swing seats and seats filled with veterans, to maximise the pressure we can exert on all sides. Help us make this an issue that politicians cannot ignore. Even a small donation can have a huge impact. 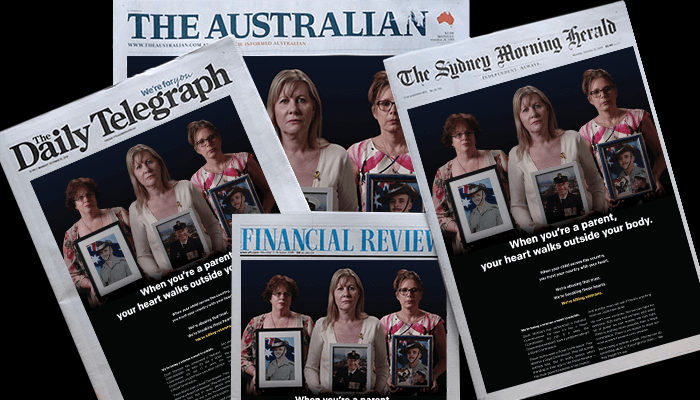 Politicians read newspapers. Let's get in their faces.

We're going to take out big, full-page ads in key newspapers we know are being read by the people we need to win over. We've designed them to be impossible to ignore. Politicians will see them, but so will voters. And we need both if we're going to win.

Put our TV ad on the air 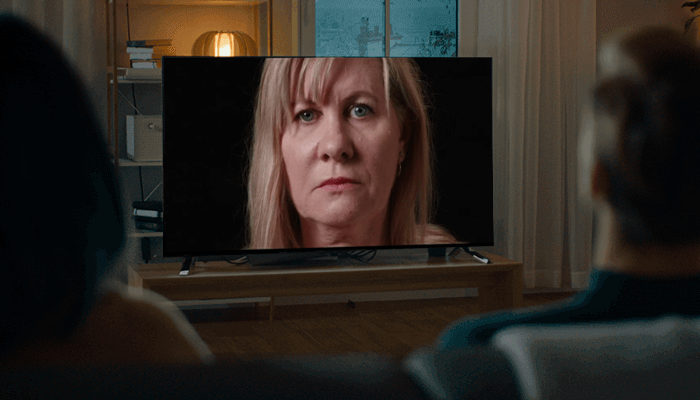 Put our TV ad
on the air

Veterans and Aussies all over the country have funded a TV ad.

This ad says more in 30 seconds than the PM's National Commissioner could say in a year — because it lets the mums of veterans speak for themselves. It's brutal, it's raw, and it changes people's minds. And we're going to get it in front of the PM — by running it during a Cronulla Sharks NRL game.

If you’re on the fence about whether to join this fight, I’m sorry. You’re not going to want to hear this. But I need you to pick a side.

I’m on the side of Jesse, Dave, Michael, Ian, Daniel, and next week, when the next veteran considers their own suicide, I’ll be on their side too.

Because this is about more than reviewing suicides of the past: it’s about stopping them. It’s about saving a life a week. It cannot wait.

Fences aren’t designed to be seats. If you’re going to sit on one, don’t wait too long. 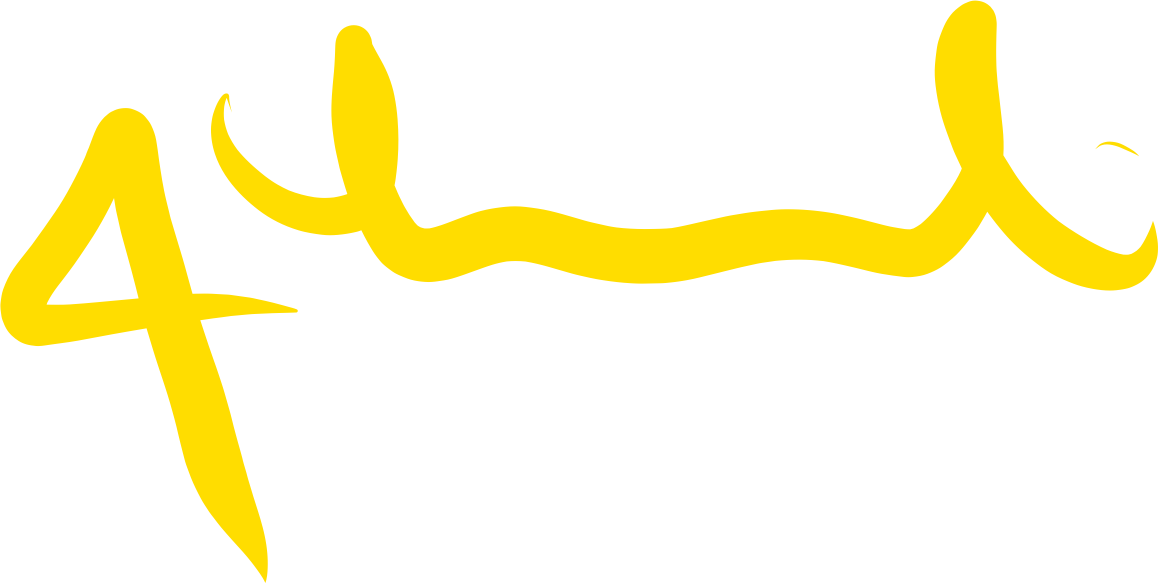